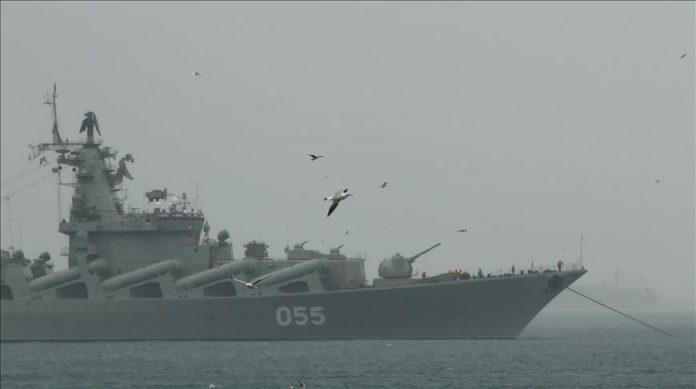 A Russian naval cruiser had to cast anchor due to strong currents and bad weather in Istanbul’s Bosphorus Strait on Monday, according to a Turkish security source.

The Slava-class Marshal Ustinov anchored off the neighborhood of Moda, on Istanbul’s Asian side, since conditions did not allow for it to dock, said the source, who asked not to be named due to restrictions on speaking to the media.

Earlier, state meteorologists warned of heavy precipitation across much of Turkey, and a strong northeaster in the western Canakkale province

Turkey administers more than 1.53M coronavirus vaccine shots in past 24...