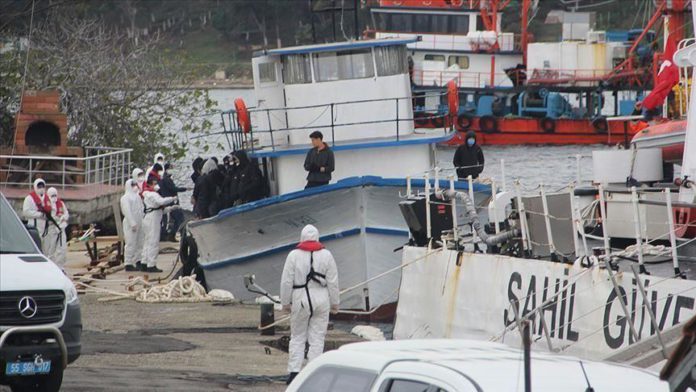 Turkish coast guard teams on Monday rounded up at least 249 asylum seekers who were trying to cross to Europe from Turkish coast.

“A total of 115 asylum seekers from Afghanistan, Iraq, Iran and Syria, including children, were caught off the coast of Akliman district of [Turkey’s Black Sea] Sinop province on their way to Romania,” the local governor’s office said in a statement.

Legal action has been initiated against the captain and asylum seekers, the statement said, adding that they were referred to the Provincial Security Directorate.

In separate, 107 asylum seekers were rescued from the boat that hit a fish farm’s cage in Seferihisar district of the Aegean province of Izmir.

The coast guard teams were dispatched to the area and rescued the people, according to the statement by the provincial Coast Guard Command.

After medical checks, the asylum seekers were transferred to the provincial migration authority.

Also, 27 asylum seekers in a rubber boat, who had been pushed back by Greece to Turkish territorial waters, were rescued off the coast of Ayvalik district of northwestern Balikesir province.