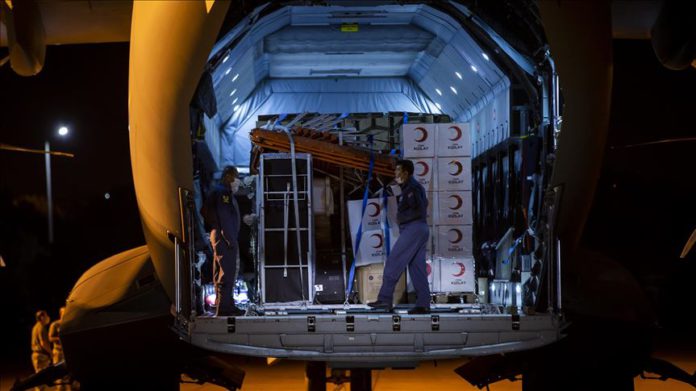 Turkey stands with the people of Lebanon without discrimination in this time of crisis, the deputy chairman of Turkey’s ruling Justice and Development (AK) Party said Wednesday.

Speaking to a local radio program, Numan Kurtulmus shared his condolences with the people of Lebanon following yesterday’s massive explosion in the capital Beirut.

“This has been a devastating disaster. You remain speechless in the face of the footage coming from Beirut. Such a huge amount of chemicals being stocked in one place and different countries warning their citizens brings very different possibilities to mind,” he said.

Lebanon has been grappling with civil war for years, and this explosion will shatter the balances in the country, which are already on thin ice, Kurtulmus added.

“Turkey is prepared to do everything and fulfil its responsibility for the Lebanese people without discrimination. We hope this does not turn out to be a terrorist attack. We stand with Lebanon with all our force.”

On Tuesday, a massive explosion rocked the Port of Beirut, causing widespread damage in several neighborhoods of the capital. The blast left at least 135 people dead and nearly 5,000 injured.

On the reopening of Hagia Sophia to prayers, Kurtulmus said “this was the result of a struggle that has been going on for years. President [Recep Tayyip] Erdogan worked very closely in this process, giving attention to every legal process and necessary regulations. If it was not for President Erdogan, this result might not have been possible.”

The reopening process was quite smooth, and they did not receive harsh reactions from the international community, he added.

One of the first to react was US Secretary of State Mike Pompeo, and his remarks were responded to swiftly by Turkish authorities, according to him.

“This process was about Turkey’s sovereignty, not about a war between Muslims and Christians, Orthodoxies. Turkey has been successful in controlling this as well,” Kurtulmus added.