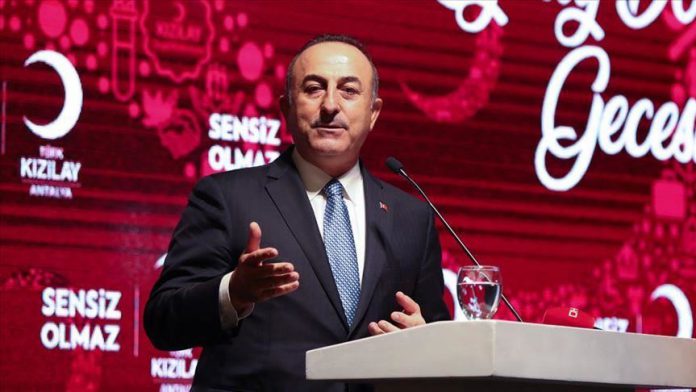 Turkey has disrupted the intentions of terrorists who wanted to establish a terror state in northern Syria, Turkey’s Foreign Minister Mevlut Cavusoglu said on Friday.

“We have spoiled the great game. We have toppled down the game of not only the terrorists but also other actors who wanted to establish a terror state there,” Cavusoglu said in an event in Antalya.

He refuted claims that the YPG/PKK terror group is the voice of Kurds and said nearly 650,000 Kurdish people did not return to the