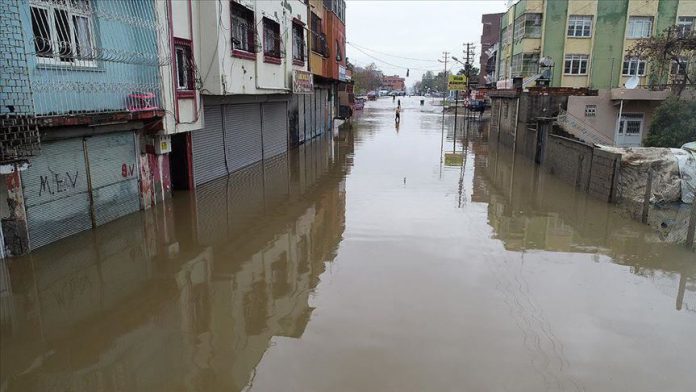 Adana in southern Turkey saw more precipitation in 2018 than in over a half-century, including this week, resulting in damaging flash floods, said the provincial governor on Wednesday.

Mahmut Demirtas said that based on official figures, since Sunday alone four central districts of Adana received around 250 kilograms per square meter (0.356 pounds per square inch, or psi) of precipitation.

“This is the biggest disaster we’ve faced in recent years,” Demirtas said, saying that three crisis centers and commissions were put together to take quick decisions during crises.

He said damage to both housing and agriculture from the