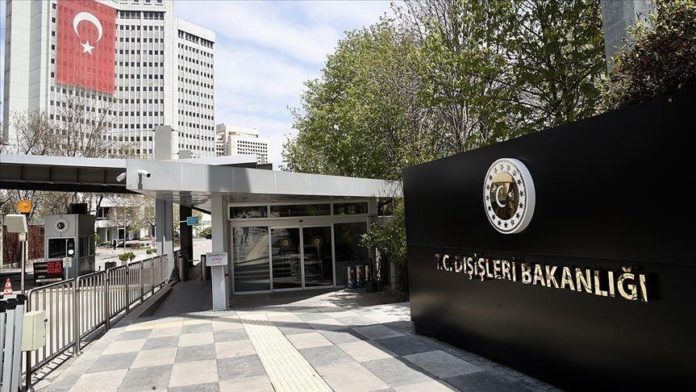 Turkey on Monday roundly rejected new US sanctions on the country over its missile defense purchases.

“We condemn and reject the decision to impose unilateral sanctions against Turkey as announced today by the US in the context of Turkey’s acquisition of S-400 air defense systems,” the Foreign Ministry said in a statement.

“The conditions which compelled Turkey to acquire S-400 systems are well known. President [Donald] Trump himself has admitted on many instances that Turkey’s acquisition was justified,” the ministry added, referring to Turkey’s repeatedly rebuffed efforts to buy US Patriot missiles.

US claims that the S-400 systems would jeopardize NATO systems are baseless, it said, adding that Turkey has repeatedly proposed addressing the issue in an objective, realistic, and politically unbiased manner through a working group with NATO participation.

“The US recourse to unilateral sanctions, by refusing our proposal to solve this matter through dialogue and diplomacy as befitting two allies is completely senseless,” it added.

“Turkey will take the necessary steps against this decision, which will negatively affect our relations and will retaliate in a manner and timing it deems appropriate. Turkey will never refrain from taking the necessary measures to safeguard its national security,” it underlined.

It urged the US to reconsider its unjust sanctions decision and avoid making a mistake.

Earlier Monday President Recep Tayyip Erdogan hit back at rising talk of sanctions from both the US and EU, calling it “regrettable.”

“We expect support from our NATO ally, the US, in our fight against terrorist groups and elements that have designs on our region, not sanctions,” Erdogan said after a Cabinet meeting in the capital Ankara.

Turkey’s acquisition of the advanced S-400 Russian air defense system prompted the US to remove Turkey from the F-35 program in July 2019.

The US claims the system could be used by Russia to covertly obtain classified details on the jet and is incompatible with NATO systems.

Turkey, however, counters that the S-400 would not be integrated into NATO systems and would not pose a threat to the alliance, and has proposed a working group to examine the issue.

It also said it bought the Russian systems after the US for years refused its efforts to buy US Patriot missiles.