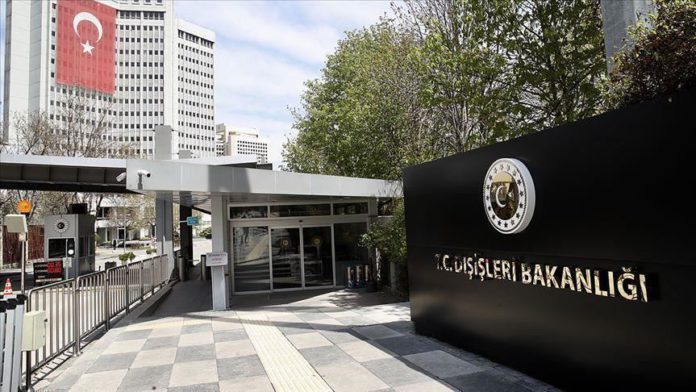 Turkey on Friday slammed the recent deal between the UAE and Israel and said it ignores the willpower of Palestine.

“The UAE, which is pursuing secret ambitions over a US plan that is stillborn and null and void, ignores the willpower of Palestine,” read a statement by the Turkish Foreign Ministry.

Expressing support to the people and the administration of Palestine on their reactions against the recent deal, Turkey also expressed serious concerns over the UAE aiming to unilaterally abolish the Arab Peace Plan.

“With that being the case, there is no credibility in presenting the trilateral declaration as a support to the Palestinian cause,” the communique read.

The ministry statement also noted that the UAE administration “has no authority to negotiate with Israel on behalf of Palestine without consent from its people and administration, regarding vital matters.”

“Neither history nor the collective conscience of the region will ever forget and forgive the hypocritical behavior of the UAE, which is trying to depict the deal as a sacrifice for Palestine, when in reality it is a betrayal to the Palestinian cause for its own narrow interests,” it added.

Israel and the UAE on have agreed to normalize relations, US President Donald Trump said Thursday, in a move forestalling Israel’s controversial plans to annex large swathes of the occupied West Bank.

Turkey administers almost a million COVID-19 shots in a day