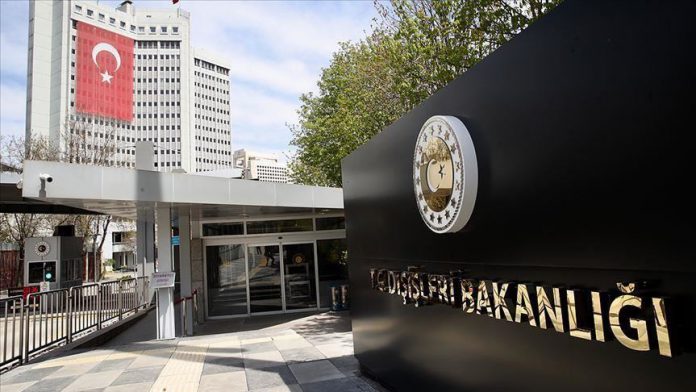 Turkey on Tuesday slammed the U.S. Mideast peace plan, saying the people and land of Palestine were not for sale.

In an official statement, which came following U.S. President Donald Trump’s press conference in the White House, where he shared details of the so-called “deal of the century”, the ministry said the agreement was “stillborn”.

“This is an annexation plan aiming at usurping Palestinian lands and killing two-state solution,” the ministry said, adding that Palestinian people and lands cannot be purchased.

Stressing that Jerusalem was a red line in the eyes of Turkey, the statement said Ankara would not