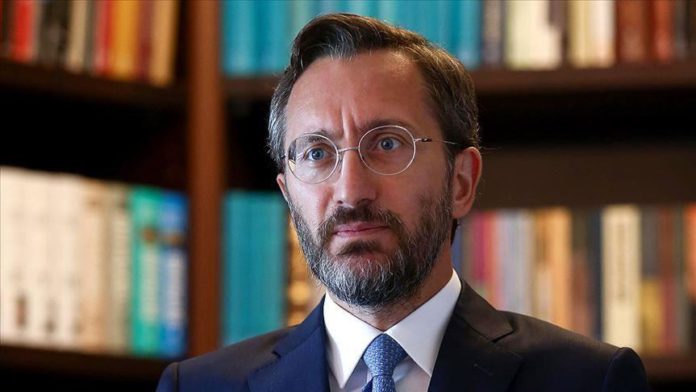 Turkey on Tuesday condemned a Greek website which posted personal information about a Turkish reporter working in Greece, apparently in an attempt to intimidate him.

“We strongly condemn this outdated approach. Our reporters will carry out their duties under the guarantee of the state of the Republic of Turkey. No fascist element can prevent it,” Fahrettin Altun, the head of Turkey’s Communications Directorate, said on Twitter.

The website also published a photo from Durul’s passport and information on Mehmet’s birthplace.

According to media reports, Greek authorities recently deployed military elements to the island of Meis.

Turkey slammed the move, as the island has had a demilitarized status since the 1947 Paris Peace Treaties.

The 10-square-kilometer island has been cited by Greece as justifying thousands of miles of maritime jurisdiction, even though it is only 2 km from Turkey but nearly 600 km from Greece, and ignoring Turkey having a longer Mediterranean coastline than any other country.

Erdogan, Macron, Merkel to have video call amid fear of virus