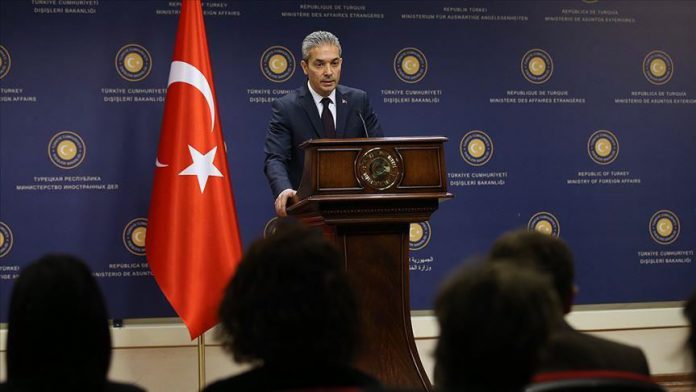 Turkey on Thursday slammed a statement by the Greek Foreign Ministry over Turkish maritime jurisdiction areas in the Eastern Mediterranean.

Hami Aksoy, a spokesman for the Turkish Foreign Ministry, dubbed the Greek statement “unfortunate and misleading.”

“At the core of the Eastern Mediterranean issue lies the maximalist maritime jurisdiction area claims of the Greek/Greek Cypriot duo as well as the disregard of the Turkish Cypriots and their rights as the co-owners of the Island by both Greece and the EU,” Aksoy said in a written statement.