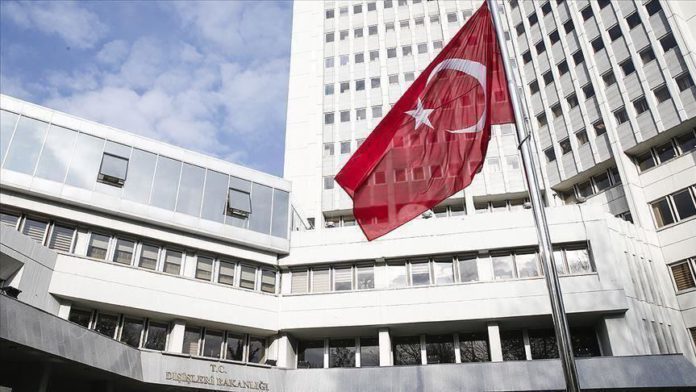 The Greek Cypriot administration, Greece, France and Italy launched a joint military exercise earlier in the day to the west of the island of Cyprus in the Eastern Mediterranean.

Aksoy said that with this attitude, France, which is not the guarantor of Cyprus Island, dangerously encourages the Greek Cypriot administration and Greece, which are responsible for the current tensions in the Eastern Mediterranean, to escalate tensions further.

He reiterated that every attempt at trying to exclude Turkey and the Turkish Cypriots in the Eastern Mediterranean will result in frustration.

French Defense Minister Florence Parly and Greek Defense Minister Nikos Panagiotopoulos announced that the Greek Cypriot administration, Greece, France and Italy had launched a naval and aerial exercise in the area that will run from Aug. 26 to Aug. 28.

Turkey, and later Greece, have sent out conflicting alerts on energy exploration and military exercises in the Mediterranean.

Turkey — the country with the longest coastline on the Mediterranean — has deployed drill ships to explore for energy on its continental shelf, saying that both it and the Turkish Republic of Northern Cyprus (TRNC) have rights in the region.

Dialogue for fair sharing of these resources would be a win-win for all sides, say Turkish officials.

Nearly 30 million in US not getting enough food: survey