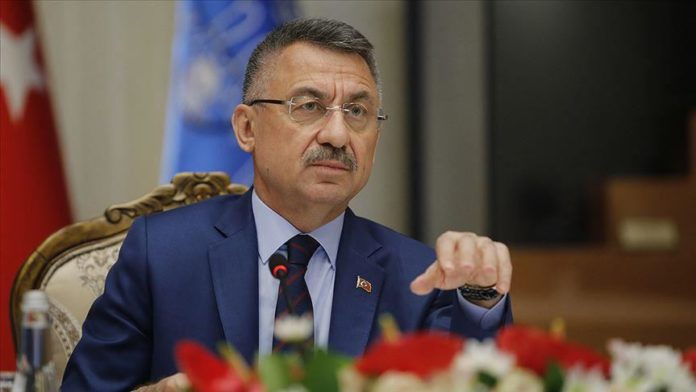 “It is unacceptable under any circumstances that France organizes joint exercises with the Greek Cypriot administration and deploys its military aircraft to the island contrary to the 1959-60 agreements,” Fuat Oktay said on Twitter.

“It is essential for France not to seek adventure in Cyprus-related matters, and act much more responsibly.”

On Saturday, it was announced that a 2017 defense cooperation agreement between Southern Cyprus and France had entered into force this Aug. 1.

Oktay stressed that it is essential that international circles, especially the EU, take a stand against the “spoiled, aggressive and unlawful attitudes” of France in the region.

“No attempt contrary of Turkey and the TRNC [Turkish Republic of Northern Cyprus] has a chance of succeeding in the Eastern Mediterranean,” he said.

He underlined that Turkey will continue standing with the Turkish Cypriots to provide unconditional support to their just and legitimate struggle as well as “resolutely” continue the exploration within its jurisdiction area with the drill ship Yavuz.

Turkey on Saturday issued a new alert announcing that its drill ship Yavuz will continue its work exploring for energy resources off the island of Cyprus. The international maritime alert or Navtex said that the drill ship will operate between Aug. 18 and Sept. 15 along with three other vessels in the Eastern Mediterranean, southwest of Cyprus.

On Saturday, referring to the defense pact, the Turkish Foreign Ministry in a statement said that the Greek Cypriot administration does not represent the Turkish Cypriots or the island as a whole and so is not authorized to sign the agreement.

The pact also poses a risk of disturbing efforts towards stability and security in the Eastern Mediterranean, it added.

“It is unacceptable that, in this period, France takes steps to further escalate the tension in the current situation and in this respect, by conducting joint military exercises with the Greek Cypriot administration, deploying military aircraft there, albeit temporarily, in violation of the 1960 treaties.”