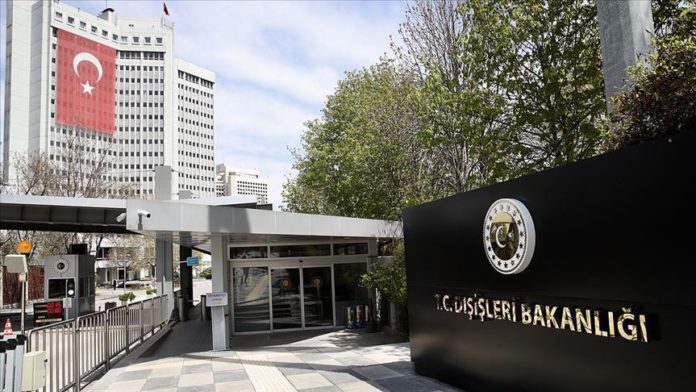 “Those who think they drew a red line in the Eastern Mediterranean are challenging our country’s resolute stance,” Turkey’s Foreign Ministry said in a statement.

On Friday, Macron said he had adopted a “red-line policy” in the region backing Greece against Turkey over the exploration of energy resources.

Turkey — the country with the longest coastline on the Mediterranean — maintains that both Turkey and the Turkish Republic of Northern Cyprus (TRNC) have rights in the region.

“If there is a red line in the region, it belongs to Turkey and the Turkish Cypriots based on international law,” the Foreign Ministry added.

“The period of determining their imperialist understanding by drawing lines on maps is over,” the statement added referring to France’s colonial past.

“Turkey is powerful enough to deter anyone who attempts to seize its rights and interests by deploying an ‘armada’,” the statement said.

The statement reiterated that conflicts in the Eastern Mediterranean should be resolved on the basis of equity and not through provocations.