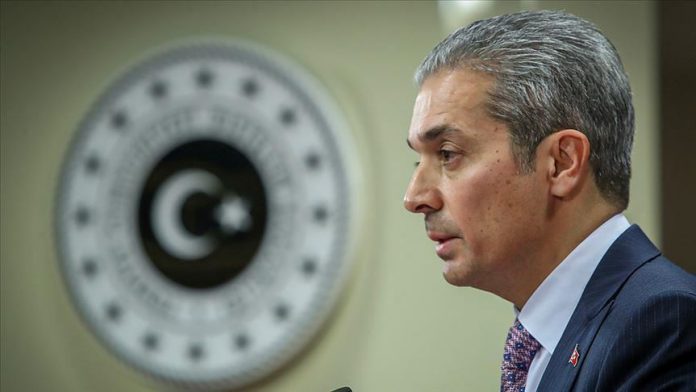 At a Thursday meeting, the EU Council claimed Turkey’s energy exploration in the Eastern Mediterranean is illegal and expressed “full solidarity” with Southern Cyprus.

“The EU, contrary to international law and its own acquis, is being exploited by the Greek Cypriot-Greek duo and has become a mouthpiece of their maximalist policies,” said a statement by Turkish Foreign Ministry spokesman Hami Aksoy.

'Turkey-UN had fruitful talks on return of Syrians’