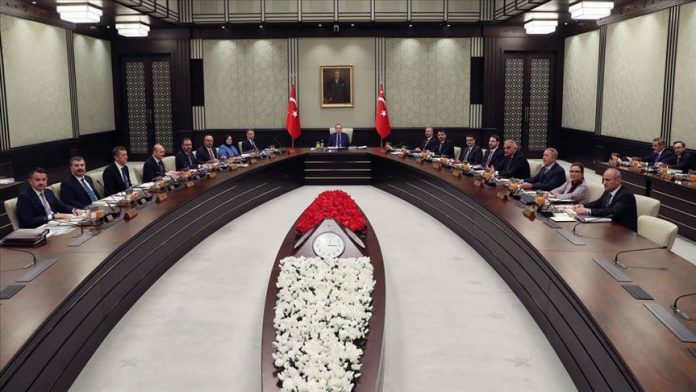 No mentioning of YPG/PYD and Fetullah Terrorist Organization (FETO) as terrorist organizations in the recently released U.S. terrorism report is one of the most obvious examples of the double standard approach, Turkey’s Presidential Cabinet said on Monday.

The Cabinet criticized “Country Reports on Terrorism 2018” — issued by the U.S. State Department on Friday.

Not mentioning the YPG, PKK terror group’s Syrian offshoot, and PYD, its political wing, as well as FETO, the group behind the 2016 defeated coup attempt, is “one of the most obvious examples of the double standard approach”, said the statement released after the Cabinet