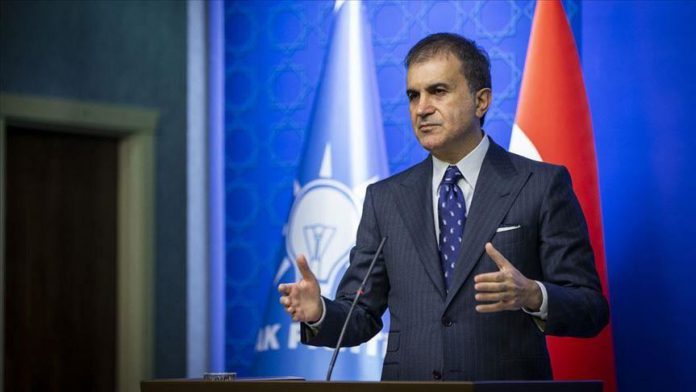 Turkey’s ruling party spokesman strongly condemned the burning of Turkish Cypriot flag during protests in the Greek Cypriot side on the foundation anniversary of the Turkish Republic of Northern Cyprus (TRNC).

“We strongly condemn the impertinent attack against the Turkish Republic of Northern Cyprus (TRNC) flag,” said Omer Celik, spokesman for the Justice and Development (AK) Party.

In a news conference following his party’s group meeting in the capital Ankara, Celik also spoke on recent developments in the Eastern Mediterranean.

The TRNC was established on Nov. 15, 1983, almost a decade after Turkey’s 1974 Cyprus Peace Operation on the