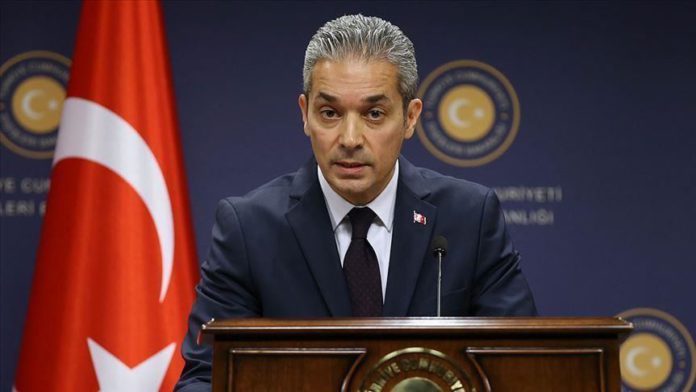 Turkey on Tuesday slammed the Arab League chief for his statement against the country’s ongoing anti-terror operation in northern Iraq.

Hami Aksoy, a spokesman for the Foreign Ministry, said in a written statement it is strange that the Arab League’s Secretary General Ahmed Aboul-Gheit ignores oppression of PKK terror organization which not only threatens Turkey’s sovereignty but also Iraq, a member of Arab League.

“We invite the Arab League secretary general, who ignores the ethnic cleansing policy and crimes of the PYD/YPG/PKK terrorist organization, to adopt a principled and consistent discourse on the fight against terrorism,” Aksoy added.

Operation Claw-Eagle was launched early on Monday to ensure the security of the Turkish people and the country’s borders by neutralizing the PKK and other terrorist organizations that have been stepping up attacks against the police and military bases.