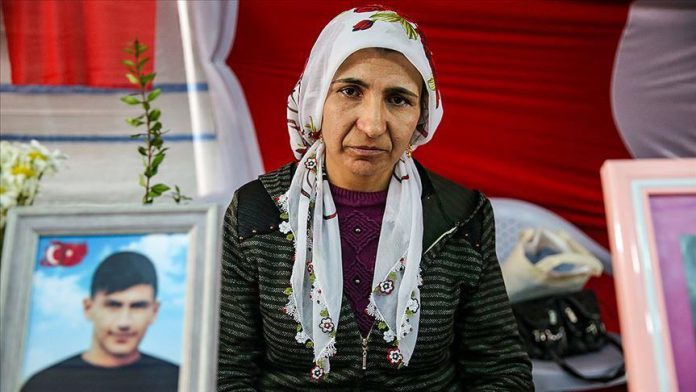 Months have passed since mothers in southeastern Turkey launched a sit-in protest demanding that a terrorist-linked political party free their children from the YPG/PKK terror group, but their determination remains afresh.

Kamile Kucukdag, a mother from southern Adana province, said her son Engin was kidnapped 5 years ago when he was 15 and that she will continue the protest until she is reunited with her