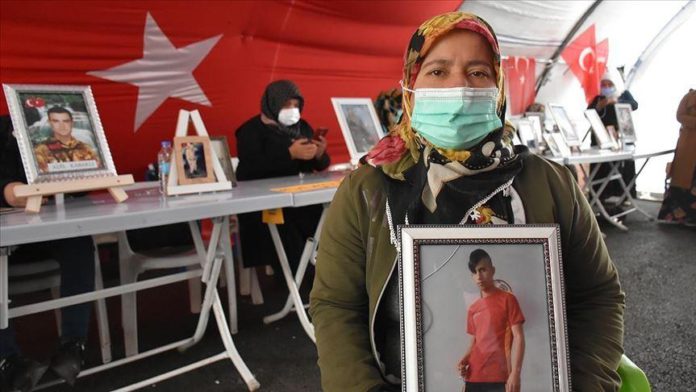 A sit-in protest in southeastern Turkey against the YPG/PKK terror group continued for the 450th day, with parents demanding the return of their kidnapped children.

The protest began on Sept. 3, 2019 in Diyarbakir province, when three mothers said their children had been forcibly recruited by YPG/PKK terrorists.

Saadet Odumlu, mother of Yusuf who was abducted by the terror group in 2013, said that peaceful sleep abandoned their homes since the disappearance of her son.

“Surrender to the soldiers, my son; 20 children have come and surrendered already. We will continue to protest until our children are back,” said Odumlu.

Kubra Etken, whose son Necmettin was abducted at the age of 18 in 2015, said Necmettin entered the HDP office and then he never returned.

Etken said she found solace in those who flee the terror group, lay down their weapons, and surrender to Turkish security forces.

France to recall its ambassador to Mali