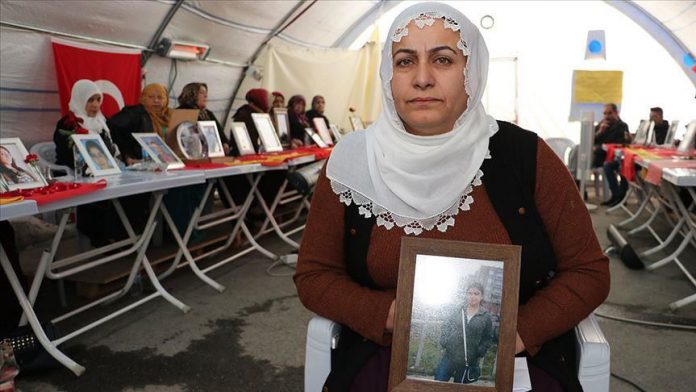 On its 135th day, Nazli Sancar, mother of Serima who was kidnapped from eastern Van province eight years ago when she was 15, joined the protest staged outside the Diyarbakir office of the Peoples’ Democratic Party (HDP), a political party accused by the government of having links to the terrorist YPG/PKK.

Dozens of mothers have joined the protest since it started on Sept. 3 outside the HDP office when Fevziye Cetinkaya, Remziye Akkoyun, and Aysegul Bicer said their children had been forcibly recruited