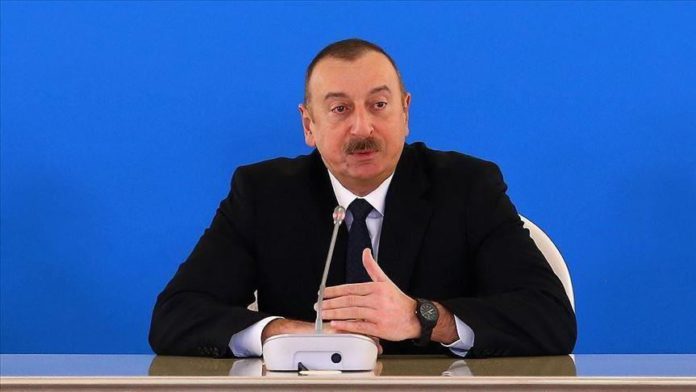 The Azerbaijani president said on Monday Turkey should participate in the solution process in the recent conflict at the Azerbaijan-Armenia front line.

“Turkey, with its strong position in the international community, should participate in the solution process in [Upper] Karabakh,” Ilham Aliyev said.

He also stressed that Armenia is trying to pull Russia into the war by attacking the Azerbaijani territories.

The fighting began on Sept. 27, when the Armenian forces targeted civilian Azerbaijani settlements and military positions in the region, leading to casualties.