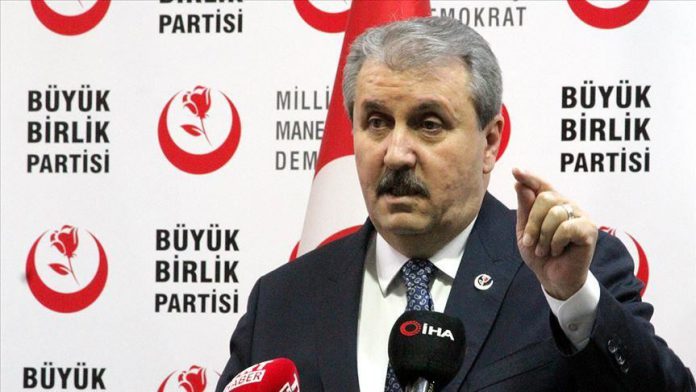 “The operation should continue until all targets are achieved,” Mustafa Destici, head of the Grand Unity Party (BBP), told reporters in parliament.

Destici also called on government to set up military bases in northern Syria.

“Just as the U.S. and Russia set up bases [in the region], Turkey should not hesitate to make such kind of formations,” he added.