TurkishPress
Home News 'Turkey should be prepared for major earthquakes' 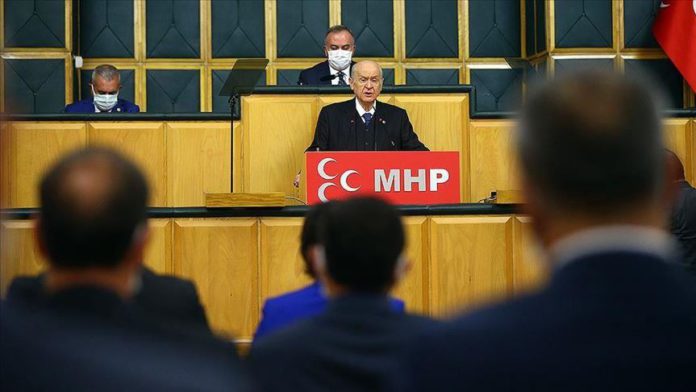 The head of Turkey’s Nationalist Movement Party (MHP) has called on the authorities and the people to remain prepared for major earthquakes, especially in Istanbul.

“We should be prepared for a possible earthquake in Istanbul,” Devlet Bahceli told his party’s parliamentary group on Tuesday.

His comments come in the wake of last week’s 6.6-magnitude earthquake in Izmir, Turkey’s third-largest city, which killed at least 105 people, injured more than 1,000, and left many homeless.

Bahceli said Turkey, which is crossed by fault lines and is prone to earthquakes, should learn to live with foreshocks.

“It is obligatory upon us to make plans based on the possibility of earthquakes,” he said.

Nearly 16 million people were affected, and around 200,000 people left homeless.

The MHP leader extended condolences to the affected families, saying the aggrieved paid a heavy price as “concrete blocks collapsed on the innocent.”

“It is unreasonable to be silent on a disaster waiting to happen,” he said.