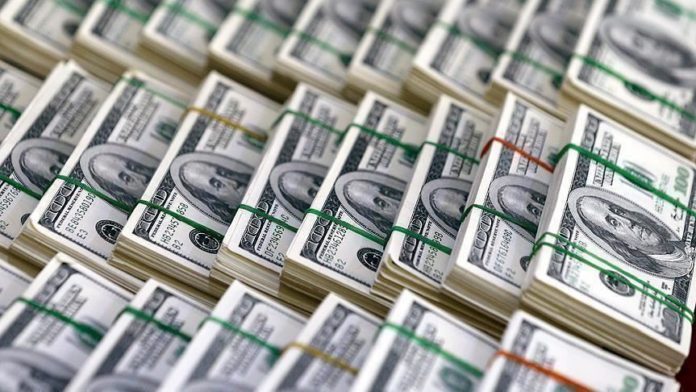 Turkey’s short-term external debt stock amounted to $123.5 billion as of the end of May, official data showed on Monday.

The country’s external debt stock — maturing within one year or less — dropped by 0.1% in May versus the end of 2019, according to the Turkish Central Bank.

Official data revealed that the currency breakdown of the debt stock was composed of 41.8% US dollars, 28% euros, 14.1% Turkish liras and 16.1% other currencies.

The rest of the amount — some $19.4 billion — belonged to the central bank, up from $8.4 billion at the end of the last year, according to the bank’s data.

“From the borrowers side, the short-term debt of public sector, which consists of public banks, increased by 2.6% to $25.7 billion.”

Foreign exchange deposits of non-residents — except in the banking sector — in resident banks down by 0.2% in May versus the end of 2019, recording $21 billion.

The central bank also noted that non-residents’ Turkish lira deposits increased by 13.2% and was recorded as $15.4 billion in the same period.

Vaccinating 80% of world population in 6 months may end pandemic:...

UN says 'no progress' after Houthi OK for tanker review