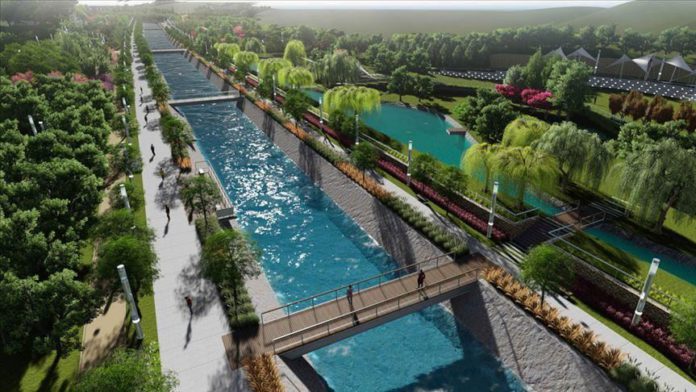 Turkey’s state-backed construction agency has embarked on a massive program to provide green spaces to the public.

TOKI, under the guidance of President Recep Tayyip Erdogan, has completed 11 out of 154 planned People’s Gardens across the nation.

In line with the country’s environment friendly policies, Erdogan said in 2018 that a new era in Turkey’s urban planning is set to begin with the transformation of old stadiums and airports into People’s Garden.

Some 19 gardens are under construction, tenders have been issued for 21, and 103 are still in the project phase.

The gardens have been completed in the cities of Batman, Bursa, Diyarbakir, Elazig, Istanbul, Sakarya, Samsun, Trabzon and Sivas.

In southeastern Diyarbakir and Turkish metropolis Istanbul, two People’s Garden each have been built.

The airport was superseded last year by the new Istanbul mega-airport.

A protocol was also signed during his meeting with the city’s mayor Ekrem Yuce for the maintenance works of the garden.