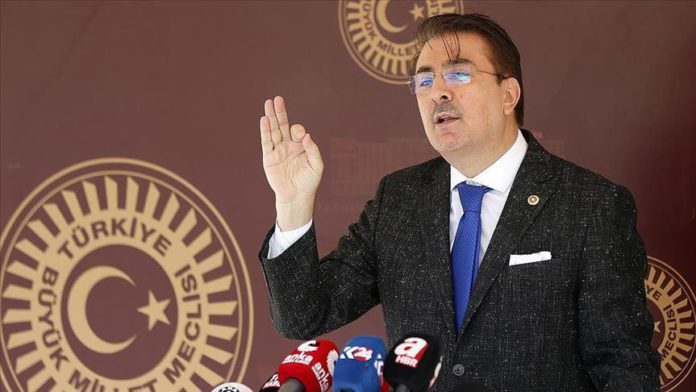 “Whatever necessary will be done to bring Upper Karabakh under the rule of Azerbaijan,” Ibrahim Aydemir, a Development and Justice (AK) Party deputy for the eastern Erzurum province, told reporters outside the parliament.

Aydemir criticized the international media for their attempt to fade out what happened in Ganja, Azerbaijan, where scores of civilians were killed in attacks of Armenian forces.

“They have murdered babies, they have also killed elders. They have demolished around 300 houses. However, the international media did not duly publish these incidents,” Aydemir lamented. He thanked the Turkish media for highlighting the Upper Karabakh issue.

In two missile attacks on Ganja, a major Azerbaijani city far from the front line, Armenia killed some two dozen civilians, including children, and injured many others.

On Oct. 15, Armenia targeted civilians at a cemetery in the western city of Tartar, killing four and injuring four others.