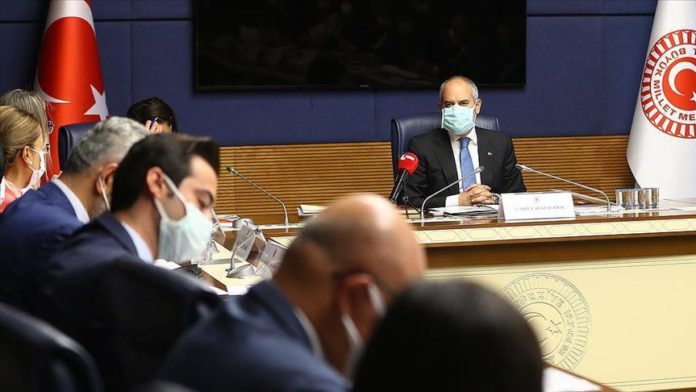 “The EU took an attitude against Turkey while being enslaved by the Greek Cypriot administration,” Akif Cagatay Kilic, the head of parliament’s Foreign Affairs Committee, told Anadolu Agency.

Kilic decried the claim in the report — released Tuesday — that Turkey did not make progress on harmonization with the EU.

“You closed Chapters 23 and 24 and you aren’t reopening them. What are you waiting for us to do?” said Kilic.

Kilic called on the EU to resume Turkey’s accession negotiations.

“If you want to negotiate with Turkey on the process, you should sit at the negotiating table,” he added.

Turkey applied for the EU membership in 1987, and its accession talks began in 2005.

However, negotiations stalled in 2007 due to the objections of the Greek Cypriot administration, as well as opposition from Germany and France.

To gain membership, Turkey has to successfully conclude negotiations on 35 policy chapters that involve reforms and the adoption of European standards.

But in December 2016, the member states said no new chapters would be opened.

Since then, the country has held many negotiations with bloc officials, insisting that Turkey wants to open Chapter 23 on the judiciary and fundamental rights and Chapter 24 on justice, freedom, and security.