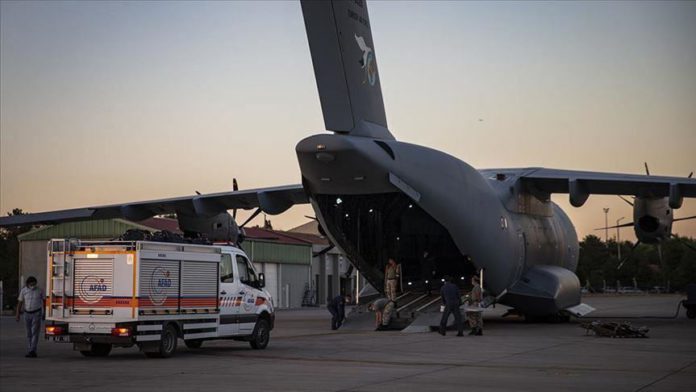 A Turkish military plane carrying aid and a search and rescue team took off from the capital Ankara late Wednesday and headed to the Lebanese capital of Beirut following yesterday’s deadly blast which killed at least 135 people and injured thousands.

The aircraft was sent on President Recep Tayyip Erdogan’s orders.

Speaking to the press right before the aircraft took off, AFAD President Mehmet Gulluoglu told Anadolu Agency that Turkey is preparing to send the required support for Beirut following the blast.

There is enormous trauma in the region following the explosion, and 20 more National Medical Rescue personnel including trauma experts, surgeons, orthopedics experts and emergency medical doctors will be on their way to Beirut, Gulluoglu added.