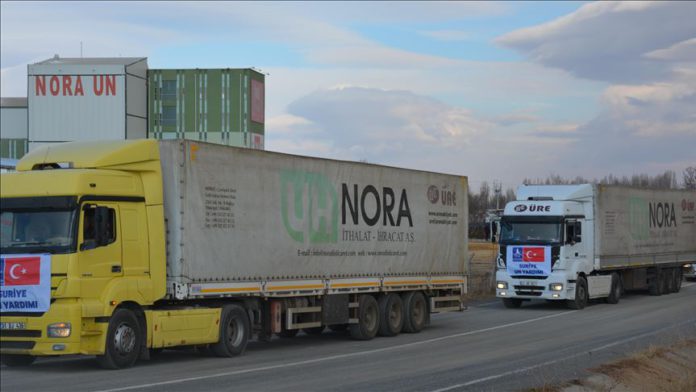 Turkish aid agencies have sent seven truckloads of humanitarian aid to northwestern Syria, where millions of people remain in need of assistance due to internal conflicts in the country.

The aid, including flour, water, and dry food collected from various provinces, was brought to the border of the Yayladagi district of Hatay for dispatch to Syria.

The aid will be distributed among families living in tents in rural areas of Idlib, a long-embattled region.