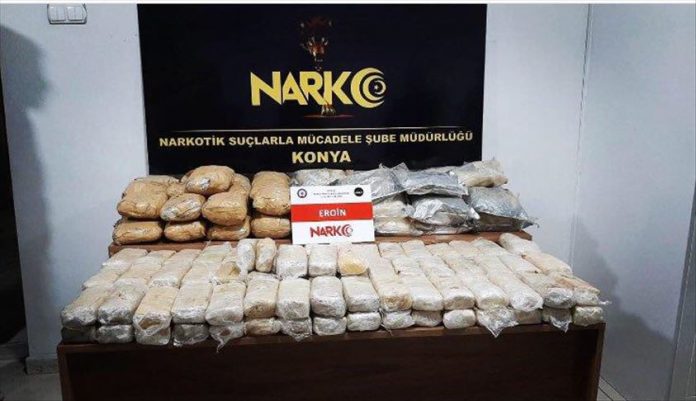 More than 115 kilograms (roughly 253 pounds) of heroin were seized in an anti-narcotics operation by police in Turkey’s central Konya province, a police source said on Monday.

As many as 156 packages filled with 115.4 kilograms of heroin were kept hidden in a truck and the driver was arrested, said the sources, who spoke on condition of anonymity due to restrictions on talking to the media.