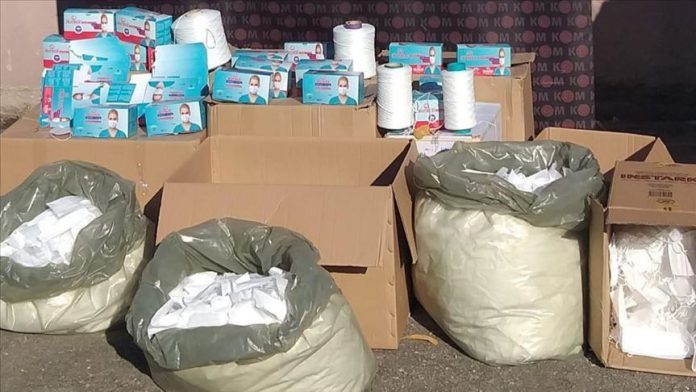 Acting on a tip-off, provincial gendarmerie command teams carried out raids in three different locations in Seyhan and Cukurova districts, said the sources, who asked not to be named due to restrictions on speaking to the media.

Some of the masks, which meet the production criteria of the Health Ministry, were delivered to the Adana Directorate of Provincial Agriculture and Forestry.

4 killed, 6 wounded in mortar attacks during voting in Somalia