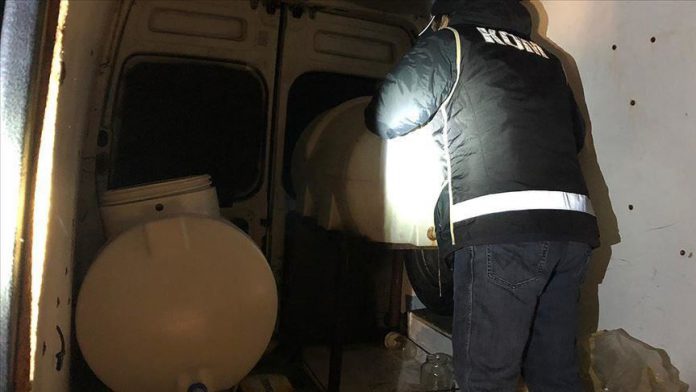 A total of 465 liters (122.8 gallons) of counterfeit alcohol was seized in southern Turkey on Friday, according to a security source.

Acting on a tip off, gendarmerie teams in Mersin province launched an operation in the Erdemli district, said the source on condition of anonymity due to restrictions on speaking to the media.

A suspect was briefly detained by the security forces.