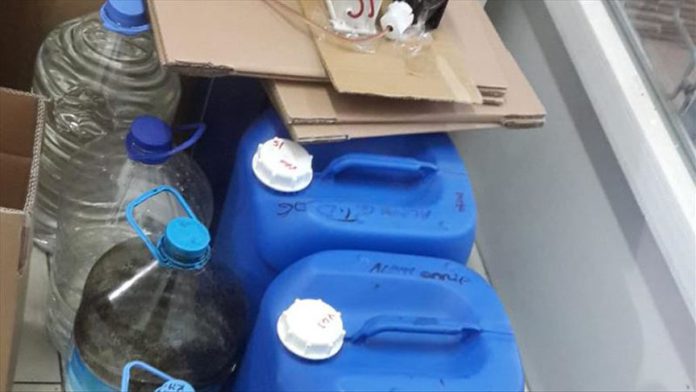 A total of 12,400 liters (3,275 gallons) of counterfeit alcohol was seized in Turkey’s northwestern Tekirdag province on Friday, Anadolu Agency has learnt.

The Anti-Smuggling and Organized Crime unit conducted operations at addresses in Suleymanpasa and Corlu districts of the province, said a security source on the condition of anonymity.

Materials used in the production of alcoholic beverages were also confiscated.

Six suspects, including a chemist, were arrested in the operation.

Illegally produced liquor is often laced with methanol, which can cause permanent blindness or even death.

A third of Brits proud of former empire: Survey