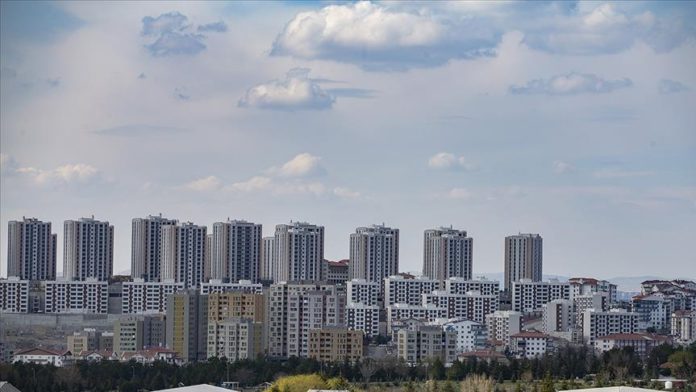 Turkey saw 552,812 houses sold in the first half of 2021, the country’s statistical authority said Monday.

The number of residential properties sold in the country fell 11.5% year-on-year in January-June, the Turkish Statistical Institute (TurkStat) data showed.

The institute noted that 167,878 new houses were sold across the country, while the rest were second-hand sales.

Housing sales to foreigners also decreased in the same period.

Istanbul, the country’s largest city by population, enjoyed the lion’s share of those sales to foreigners, with 10,108 units.

The Mediterranean holiday resort city of Antalya followed with 3,990 properties, while the capital Ankara came third with 1,276.

The data showed that Iranian citizens made up the largest group of foreign sales according to nationality, as they bought 3,070 houses in Turkey.

House sales to foreigners jumped 185.3% on an annual basis to reach 4,748 units this June.