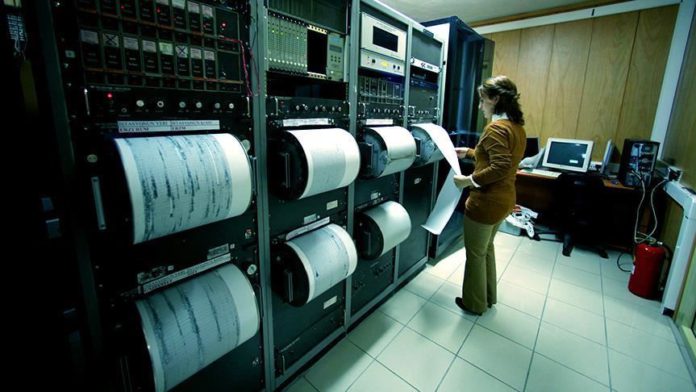 A miniature tsunami hit coastal areas of Turkey that was triggered by an earthquake in the Aegean Sea, according to the head of Bogazici University’s Kandilli Earthquake Research Institute.

Dr. Haluk Ozener said floods at a height of 1.9 meters (6 feet) in Sigacik and as high as 6 meters (19 feet) were recorded in Akarca.

He said Turkey is no stranger to tsunamis and the country had issued a tsunami warning after the Bodrum earthquake in 2017 when a wave height of 40 centimeters (1.3 feet.) was formed.

He warned that if residents are near the beach during an earthquake and there is a possibility of a tsunami, they should leave the area for up to three hours.

Ozener said the tsunami was bigger after this recent quake.

“When we look at the historical records, we see a lot of tsunamis, especially in the Mediterranean and Aegean regions.”

He said that according to scientific data, the risk of a tsunami higher than 1 meter (3 feet) anywhere in the Mediterranean in the next 30 years is close to 100%. And an earthquake bigger than magnitude-6.0 in the Aegean and Mediterranean seas is very likely to create a tsunami.

Turkey is among the world’s most seismically active zones and has suffered devastating earthquakes, including the 1999 Marmara quake.

According to the nation’s disaster agency, AFAD, 144 victims are still receiving treatment while more than 880 others have been discharged from hospitals.

A total of 1,475 aftershocks – 44 with a magnitude higher than 4.0 – have been recorded since last Friday’s quake rattled Izmir, Turkey’s third-largest city, home to more than 4.3 million, the agency said.