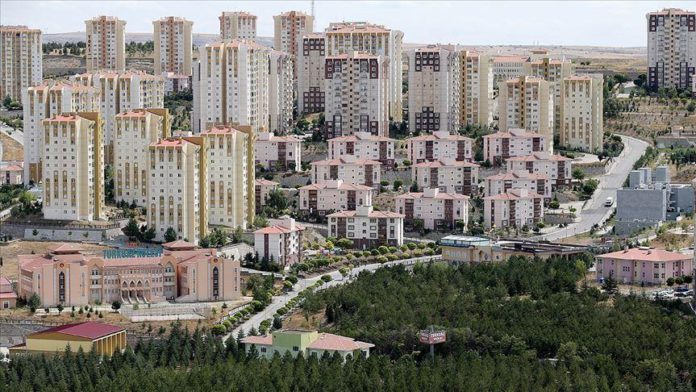 “Istanbul had the highest share of house sales with 18.8% and 21,158 houses,” TurkStat said in a statement.

The capital Ankara and the Aegean province of Izmir followed Istanbul with 10,710 and 6,574 house sales, respectively.

“The least house sold provinces were Ardahan and Hakkari with 15 and 23 house sales, respectively,” the statement added.

Some 36,658 houses were sold for the first time, falling 25% in November versus the same month last year, it noted, adding that first house sales had a 32.6% share of all purchases in Turkey.

Istanbul — Turkey’s largest city by population and a key tourist center — took the largest share of the pie with 16.9%, or 6,177 house sales.

Official data showed that Ankara and Izmir racked up provincewide housing sales totals of 2,662 and 1,888, respectively.

Official data showed that property sales to foreigners had increased by 24.4% year-on-year in November, reaching 4,962 units.

Istanbul again led such sales with 2,443 houses, followed by the Mediterranean resort city of Antalya with 893 and Ankara with 297.

Among foreigners, Iraqi nationals topped the list with 876 houses. They were followed by Iranians with 860 and Russians with 434 house sales.