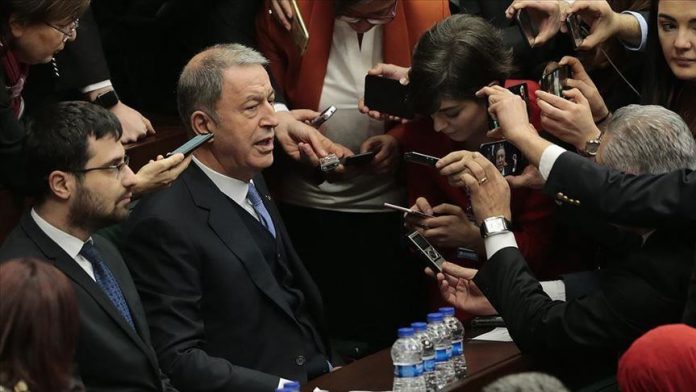 Turkey’s national defense minister on Tuesday said the country hoped to prevent bloodshed in and establish peace in Libya and northwestern Syria “as soon as possible.”

“Our hope is that peace comes and bloodshed stops in Idlib and Libya as soon as possible,” Hulusi Akar told lawmakers at the Turkish parliament.

Akar stressed that Turkey supported cease-fires in the two region agreed upon last week between Ankara and Moscow, adding that they mostly held.

On Jan. 12, the warring sides of the Libyan conflict announced a cease-fire in response to the call of Erdogan and Russian President Vladimir Putin.

August 6, 2020
WASHINGTON The US may develop a coronavirus vaccine prior to Election Day, President Donald Trump said Thursday. Asked during a radio interview with conservative personality Geraldo...

August 6, 2020
NEW DELHI India on Thursday dismissed Pakistan's criticism on the beginning of construction work towards a new Hindu temple at the site of a historic...

August 6, 2020
ANKARA Turkey's Central Bank on Thursday said it was ready to use "all available instruments to reduce the excessive volatility in the markets." In a written...

August 6, 2020
WASHINGTON A professor with a track record in choosing the victor in US presidential contests has picked presumptive Democratic nominee Joe Biden to beat President...