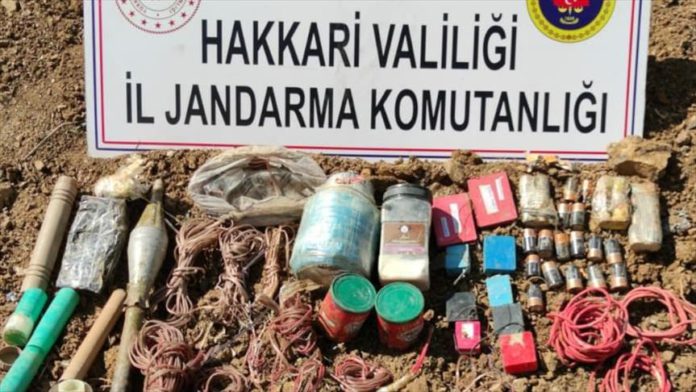 According to the local authorities in Hakkari province, the forces located and launched an operation on a hideout of the terror group.

The explosives were destroyed at the scene.