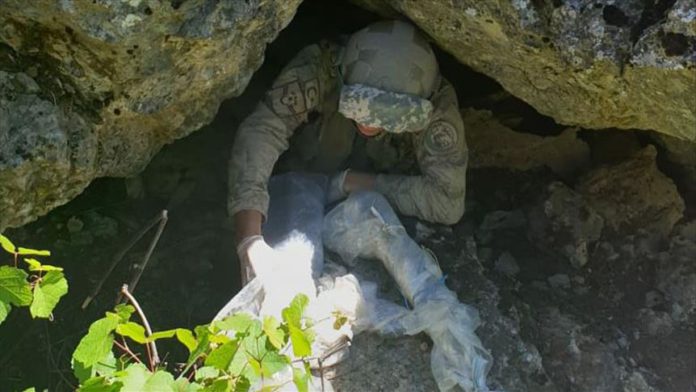 According to the local authorities in the Hakkari province, the gendarmerie launched an operation in the Cukurca district after spotting on a hideout of the terror group on June 24.

Searching the area, the gendarmerie seized at least 102 ammunitions for air defense, as well as ammunitions for 128 anti-aircraft and seven mortars. They also confiscated 320 kalashnikovs and two hand grenades.