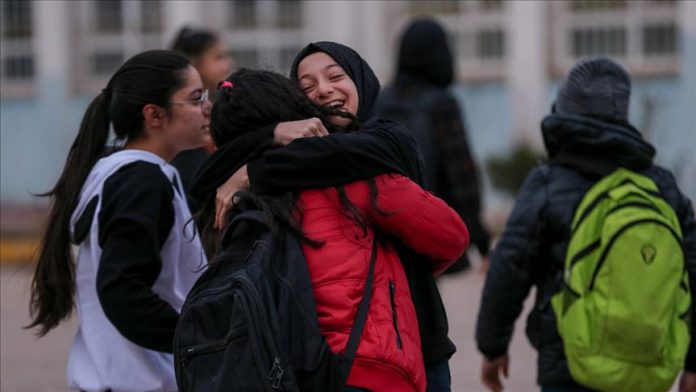 Schoolchildren in the eastern Turkish province of Elazig attended school on Monday for the first time after an earthquake devastated the region last month.

The 6.8-magnitude quake jolted Turkey’s Elazig province and its neighboring provinces on Jan. 24.

According to Turkey’s Disaster and Emergency Management Presidency (AFAD), a total of 41 people in Elazig and neighboring provinces died as a result of the tremors.

After the additional holiday, over 400 public and 80 private schools have reopened

Biden unveils strategy to combat gun violence in US