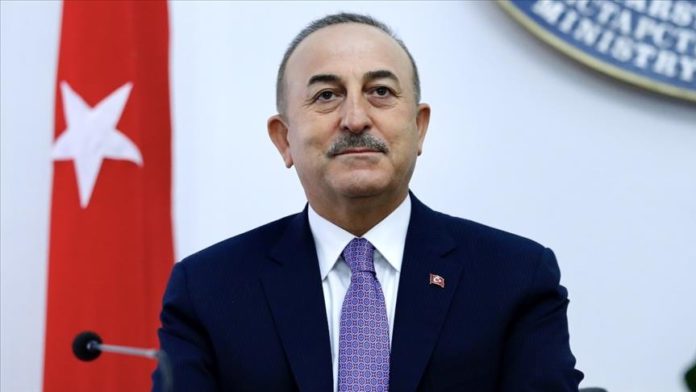 Following two-day exploratory talks between Turkey and Egypt, the Turkish foreign minister said on Thursday there was “a positive atmosphere” in Cairo.

“Discussions will continue on the steps that can be taken to normalize relations in the upcoming period,” Mevlut Cavusoglu told TRT Haber, Turkey’s state-run news channel.

On a question regarding the two-day meetings of Turkish Deputy Foreign Minister Sedat Onal and his Egyptian counterpart Hamdi Sanad Loza in Cairo, Cavusoglu said that upon the invitation of Egypt, the Turkish delegation had previously announced that it would visit Cairo.

“As emphasized in the joint statement, the meetings were held in a positive atmosphere. Our friends discussed bilateral relations and what could be done about it,” he said.

Regional issues concerning both countries were also addressed during the meeting, Cavusoglu said, adding that the issues of Libya, Syria, Iraq and the Eastern Mediterranean are important for all countries, including Egypt.

“We always say that Egypt will also profit from cooperation over here. When the relations improve to that level, we will discuss them as well for sure,” he added.

The Turkish top diplomat recalled that he had been in contact with his Egyptian counterpart Sameh Shoukry for various occasions before, such as meetings of the Organization of Islamic Cooperation, and the Syrian Support Group.

He said Shoukry had called him for Ramadan greetings and that Cavusoglu himself called the Egyptian foreign minister after a ship accident.