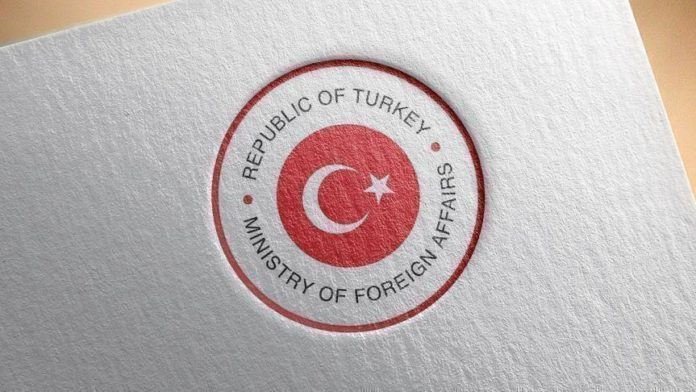 Turkey on Friday expressed concern over the Israeli settlers’ assault on Palestinians in different areas in occupied East Jerusalem.

“The provocative actions carried out yesterday [April 22] in front of the Jerusalem Old City’s Damascus Gate by racist groups living in illegal settlements in the occupied Palestinian lands are dangerous and worrisome,” a Foreign Ministry statement said.

“We are concerned that large numbers of Palestinian civilians were injured in the conflict and some of them were detained by Israeli security forces,” the ministry added.

It called on Israel to take measures to protect Palestinian civilians against attacks by racist settlers and to establish a peaceful atmosphere and tolerance instead of provocation and hatred during Ramadan.

Hundreds of Israeli settlers assaulted Palestinians in different areas across occupied Jerusalem on Thursday night and Friday at dawn, even as Israeli forces also clashed with Palestinians, leaving at least 105 injured.

The Israeli police announced in a statement on Friday that it had detained more than 50 Palestinians across Jerusalem through the night, accusing them of “violence.”

The Palestinian Red Crescent Society reported that at least 105 Palestinians were injured on Thursday night as Israeli forces opened fire at them. The injured were treated at Jerusalem’s Makassed hospital.