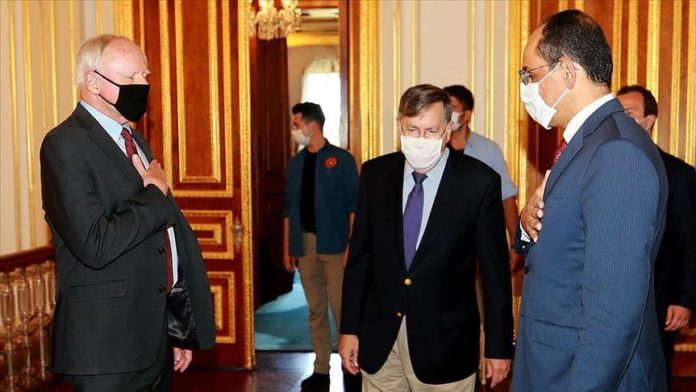 Turkey is determined to preserve the de-escalation zone in Idlib, Syria despite the violations of cease-fire and the brutality of Assad regime, the country’s presidential spokesman said on Friday.

The Syria crisis, especially Idlib, political process in the war-torn country, works of Syrian Constitutional Committee, anti-terrorism efforts, asylum seekers, and bilateral and regional issues were the items of the meeting’s agenda.

Both parties agreed that against the regime’s efforts to axe the political process, the works of the Syrian Constitutional Committee should be accelerated, an environment should be built for free and just elections, joints works should be stepped up to ensure the voluntary and safe return of migrants.

Jeffrey arrived in Turkey on Wednesday as part of his nearly a week-long visit, with Switzerland the first destination, to discuss latest efforts for the resolution of the Syrian conflict.