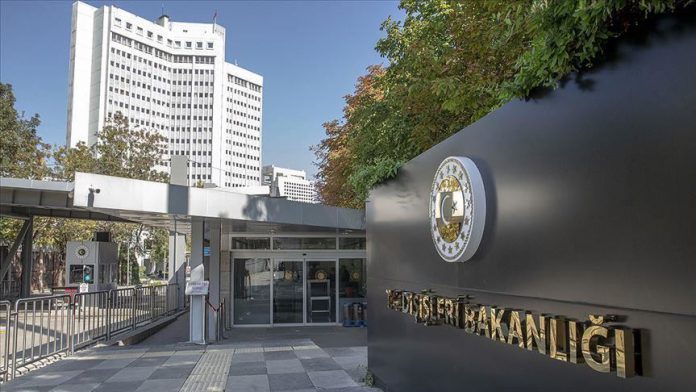 Ankara denounced a recent meeting on Thursday held between Greece, France, the Greek Cypriot administration, Egypt and Italy against a recent maritime delimitation deal between Turkey and Libya.

In its own official statement, the Turkish Foreign Ministry said declarations following the five-way meeting on Wednesday about the Eastern Mediterranean region were based on unrealistic arguments.

It underlined that memorandums of understanding signed between Turkey and Libya’s UN-recognized Government of National Accord (GNA) were legitimate and abided by international law.

On Jan. 2, the Turkish parliament ratified a motion authorizing the government to send troops to Libya following deals on