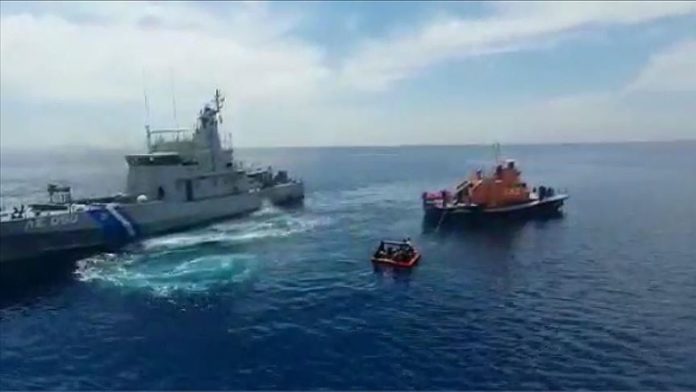 The Turkish Coast Guard rescued 22 asylum seekers from a boat in the Aegean Sea after they were turned away by Greek authorities, security sources said on Thursday.

The Greek Coast Guard pushed the boat into Turkish territorial waters after wrecking its engine and seizing its fuel supply, according to Turkish Interior Ministry officials, who asked not to be named due to restrictions on speaking to the media.

One of the asylum seekers said they were left without food and water on a mountain in Greece for two days before being abandoned in the middle of the sea, the officials told Anadolu Agency.

They had spent 15 days on the Greek island of Rhodes, where they were given bread and rice only once a day, according to the asylum seeker.

He said they were then “dragged out to sea and left to die” by the Greek Coast Guard.

The Turkish Coast Guard filmed the Greeks pushing away the asylum seekers instead of helping them, the officials said.