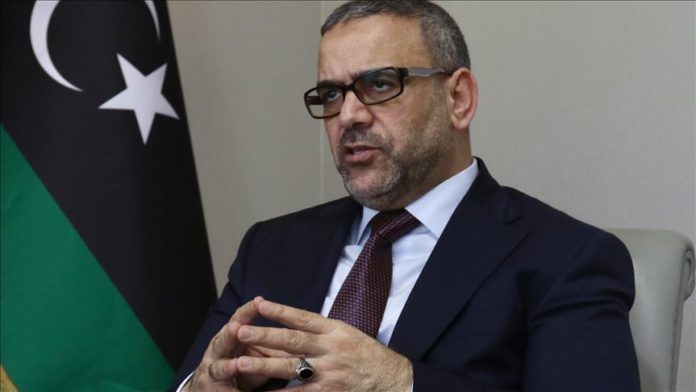 The president of Libya’s High Council of State on Wednesday said that the ongoing negotiations between Turkey and Russia on Libya are based on recognized principles.

In a statement over a visit by a top-level Turkish delegation to Libya, Khalid al-Mishri said talks are underway on the principles recognized by the council and the Government of National Accord (GNA).

He went on to say “the talks between the Turks and the Russians are still ongoing and the door has not been closed yet, but we have clarified our constants that in no way will there be any role for Khalifa Haftar [in the future of Libya].”

Responding to a question regarding the military operation to liberate Sirte, al-Mishri said: “We want to place all of Libyan soil under the authority of the GNA, this matter must be clear.”

On the other hand, he asserted that the Turkish-Libyan partnership is based not only on providing military assistance, but also on three parallel paths, which are helping extend the state’s control over the entire country, building and unifying the institutions of the Libyan state, and implementing development projects.

He stressed the visit of the Turkish delegation will not be the last and there will be mutual visits by high-level delegations between the two countries in order to implement the aforementioned projects.