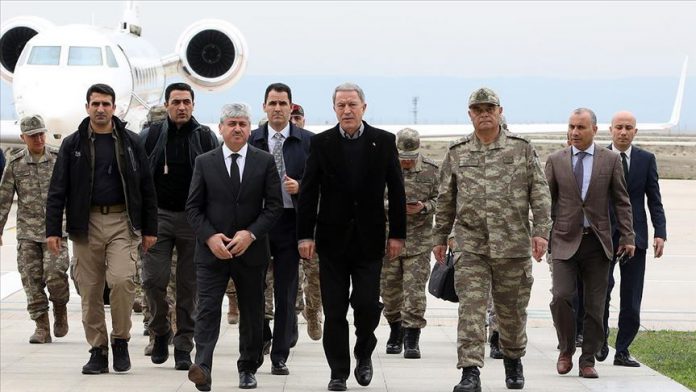 Turkey and Russia will start joint patrols in Idlib northwestern Syria on March 15 under the cease-fire for the embattled province reached this week, Turkey’s defense minister said Friday.

“As of March 15, we will start joints patrol along the M4 [highway]. We started working on the principles of the security corridor to be established along the highway,” Hulusi Akar said in Turkey’s southern Hatay province, bordering Syria.

A Russian military committee will visit Turkey early next week, he added.

“We expect a permanent cease-fire, and to provide the environment for the return of more than 1 million