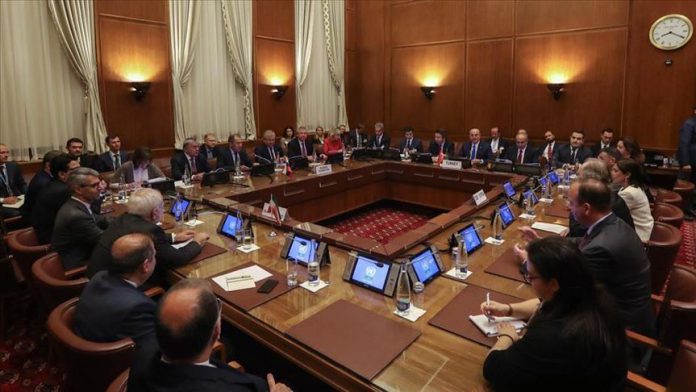 The foreign ministers of Turkey, Russia and Iran reaffirmed their strong commitment to the sovereignty, independence, unity and territorial integrity of Syria in a joint statement Tuesday.

They issued the statement as guarantor states of the Astana process on the peaceful settlement of the Syrian crisis ahead of the first meeting of the Constitutional Committee of Syria, which consists of government, opposition and civil society members.