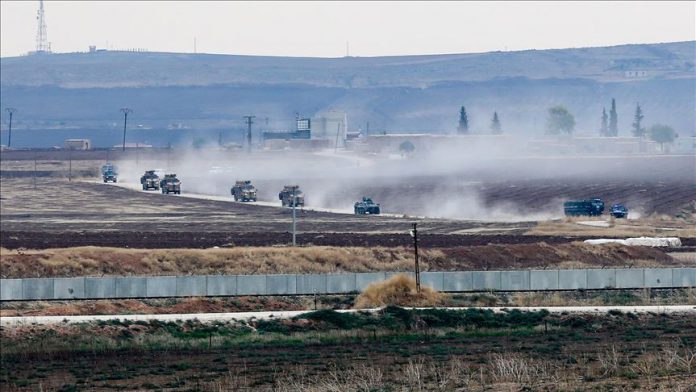 The joint patrol of Turkey and Russia took place in northern Syria at 40 kilometers (25 miles) east of Ras al-Ayn and 30 km (18.6 mi) west of Qamishli city, the ministry said in a statement.

The patrol, which lasted for four hours, was supported by an unmanned aerial vehicle and eight armored vehicles, it said.