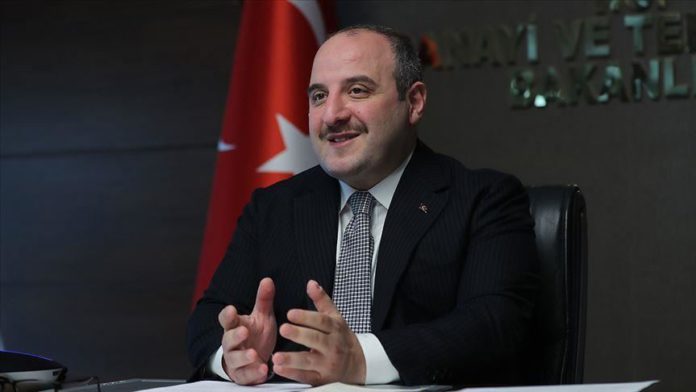 Turkey boasts one of the world’s top five economies in pandemic recovery as shown by its strong revival in industrial production, said the country’s industry and technology minister on Friday.

In June, industrial output posted increases both on a monthly (17.6%) and an annual basis (0.1%), Mustafa Varank told an online meeting organized by the Foreign Economic Relations Board of Turkey.

“These figures showed that our macroeconomic policies during the pandemic were right for the real sector,” he added.

After the difficult period of April due to the pandemic, economic recovery accelerated this May and June, he noted.

Since it originated in China last December, the pandemic has claimed more than 759,900 lives in 188 countries and regions. The US, Brazil, India, and Russia are currently the worst-hit countries in the world.

Due to the pandemic, several sectors, including industrial production, have faced problems related to measures such as lockdowns.

But despite the outbreak, said Varank, this June Turkey prepared a record 859 investment incentive certificates.

Varank also said financial markets’ fluctuations should not affect the real sector, and added: “You should not change your investment, production, and employment plans by looking at daily changes.”

Turkish industrialists should seek out new markets and look to gain a competitive edge in existing ones, he said.